Remind me not to ask you for any babysitting references.

“It’s vile. It’s more sad than anything else, to see someone with such potential throw it all down the drain because of a sexual addiction.” 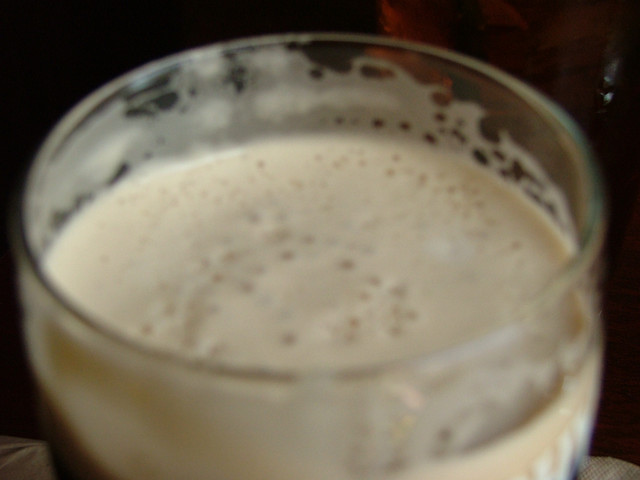 These are the lovely bubbles of a Guinness Murphy’s head in Victoria last week. This was my husband’s brew; I had a wonderful Caffrey’s. (Sorry, I am corrected by hubby – Murphy’s not Guinness!)

Yeah, It’s not microbrewed, but it’s very tasty. And hubby is a homebrewer! Next week we’ll post one of his brews.

There are trillions of dollars in hedge funds right now. This won’t be the only one to go down hard.

Amaranth Advisors, the $9.2 billion hedge fund that lost $6.5 billion in less than a month, is preparing to shut down.

Nick Maounis, the hedge fund’s founder, sent a letter to investors Friday night informing them that the fund was suspending withdrawals by investors to “enable the Amaranth funds to generate liquidity for investors in an orderly fashion, with the goal of maximizing the proceeds of asset dispositions.”

Investors have met with Amaranth throughout the week, many demanding the return of their money. “As you know, the multi-strategy funds have recently received substantial redemption requests,” Mr. Maounis said in the letter.

The letter marks a turnabout for Mr. Maounis, who just a week ago expressed hope at the end of a conference call that he would be able to continue the fund’s operations. “We have every intention of continuing in business, generating for our investors the same consistently high risk-adjusted returns which have been our hallmark,” he said on Sept. 22.

Whenever investors are allowed to take money out of the fund, any redemption fees and charges would be waived, the letter said. Cash distributions will be divvied up proportionately.

The fund has lost $6.4 billion, according to the letter, which said assets were down 65 to 70 percent for the month and 55 to 60 percent for the year. Amaranth started the year with $7.5 billion, soared to $9.2 billion before stumbling to less than $3 billion today. 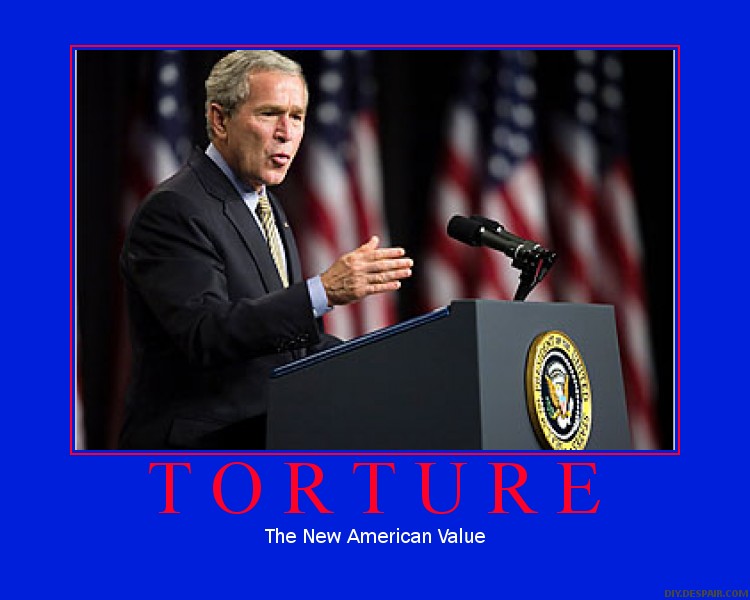 Dubya, our own little Torture Tyrant.

All hail King George II! (Didn’t America fight to get away from this kind of thing?) 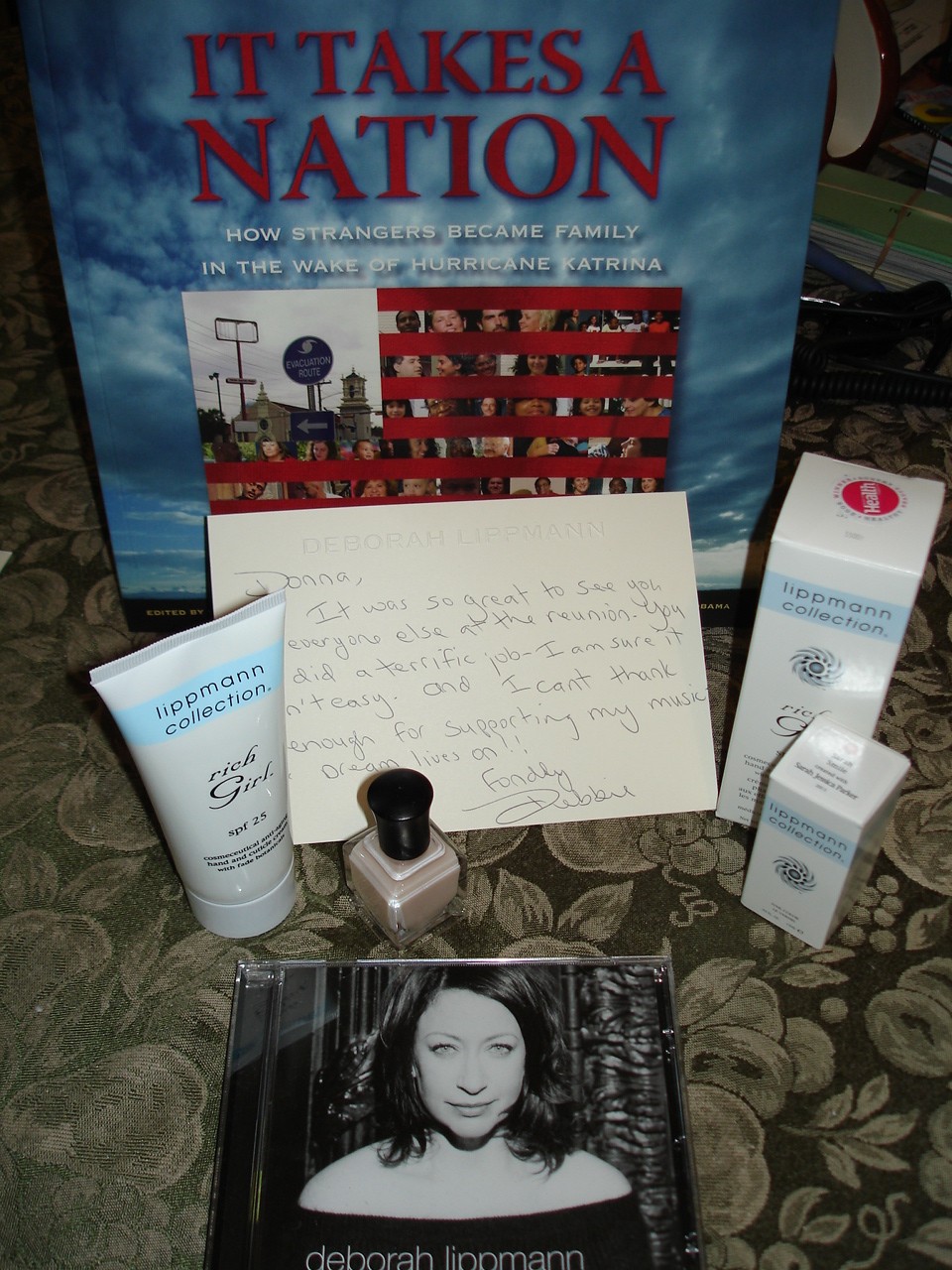 I love it when my mail brings me great things from great people!

From the MoveOn.org folks, I got “It Takes a Nation“, a very nice accounting of the people who opened their doors when MoveOn set up HurricaneHousing.org (since rolled into Katrina’s Angels) to help people find housing after Katrina, and the friendships forged with those who they took in. It is heartening and tragic at the same time to read their accounts.

From my high school friend Debbie Lippmann, who I saw this summer at our 30th high school reunion, I got her CD and some of her nail and beauty care products from her great nail care line, The Lippmann Collection. Debbie has done very well as the “manicurist to the stars”, doing nailwork for many celebrities and her work appears in many fashion magazines. She took the brave step of recording a jazz CD that is simply amazing, and a real pleasure to listen to. I wish I had her bravery to take that step! And to run a business – wow. I’m thrilled at all the great things she’s doing!

Thanks for the gifts, Debbie! You made my day!

Happiness is rooted in misery.
Misery lurks beneath happiness.
Who knows what the future holds?
There is no honesty.
Honesty becomes dishonest.
Goodness becomes witchcraft.
Man’s bewitchment lasts for a long time.

Therefore the sage is sharp but not cutting,
Pointed but not piercing,
Straightforward but not unrestrained,
Brilliant but not blinding.

The House voted Thursday to impose mandatory sanctions on entities that provide goods or services for Iran’s weapons programs. The vote came as U.S diplomats continued to press the U.N. Security Council to penalize Tehran if it fails to end its uranium enrichment program.

House sponsors of the Iran Freedom Support Act said they had hoped for Senate action as early as Thursday night, sending it to President Bush for his signature. But they said there was resistance from Senate Democrats to passing it without a debate.

The bill, passed by a voice vote, sanctions any entity that contributes to Iran’s ability to acquire chemical, biological or nuclear weapons. The president has the authority to waive those sanctions, but only when he can show that it is in the vital national interest.

“It would be a critical mistake to allow a regime with a track record as bloody and as dangerous as Iran to obtain nuclear weapons,” said Rep. Ileana Ros-Lehtinen, R-Fla., sponsor of the measure. “Enough with the carrots. It’s time for the stick.”

But critics questioned the need for unilateral action when the United States was pushing for a multinational approach to Iran’s alleged nuclear program. “It is, if you will, a cruise missile aimed at a difficult diplomatic effort just as they are reaching their most sensitive point,” said Rep. Earl Blumenauer, D-Ore. “The timing for this legislation could not be worse.”

The measure codifies existing economic sanctions against the Tehran government that have been in effect since the takeover of the U.S. embassy in 1979 and states that the president must notify Congress 15 days before terminating any of those sanctions.

It also approves assistance for human rights, pro-democracy and independent organizations and states that it is the sense of Congress that the United States should not enter into agreements with governments that are assisting Iran’s nuclear program or transferring weapons or missiles to Iran.

Daily Kos: State of the Nation

History will not absolve you.

Hillary, thank you for speaking up. Again, terrorists can only kill us – it takes Republicans to take away our liberty and freedom. Republicans, tyranny is not an American value. Tyranny is what we fought against in the founding of this country. We don’t need or want another King George.

The bill before us allows the admission into evidence of statements derived through cruel, inhuman and degrading interrogation. That sets a dangerous precedent that will endanger our own men and women in uniform overseas. Will our enemies be less likely to surrender? Will informants be less likely to come forward? Will our soldiers be more likely to face torture if captured? Will the information we obtain be less reliable? These are the questions we should be asking. And based on what we know about warfare from listening to those who have fought for our country, the answers do not support this bill. As Lieutenant John F. Kimmons, the Army’s Deputy Chief of Staff for Intelligence said, “No good intelligence is going to come from abusive interrogation practices.”

This bill undermines the Geneva Conventions by allowing the President to issue Executive Orders to redefine what permissible interrogation techniques happen to be. Have we fallen so low as to debate how much torture we are willing to stomach? By allowing this Administration to further stretch the definition of what is and is not torture, we lower our moral standards to those whom we despise, undermine the values of our flag wherever it flies, put our troops in danger, and jeopardize our moral strength in a conflict that cannot be won simply with military might.

This bill would not only deny detainees habeas corpus rights – a process that would allow them to challenge the very validity of their confinement – it would also deny these rights to lawful immigrants living in the United States. If enacted, this law would give license to this Administration to pick people up off the streets of the United States and hold them indefinitely without charges and without legal recourse.