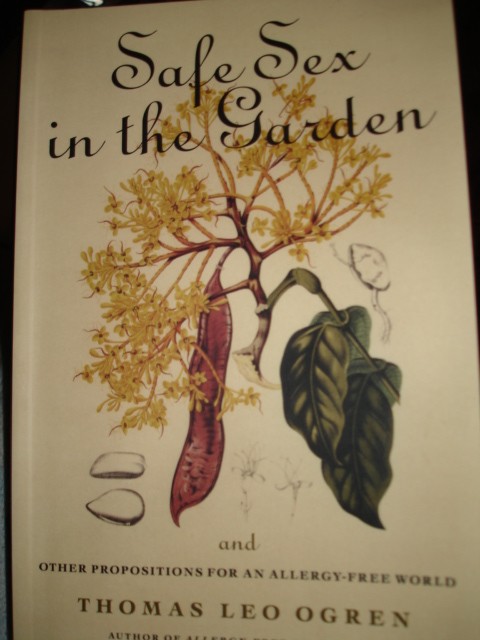 Residential and commercial landscapes are loaded with male-only trees and shrubs since they are litter- and therefore maintenance-free. But given a choice, what would you rather do—sweep or battle hay fever? The fact that our urban forests have been propagated with male-clones is a crime on two counts: male plants are the pollen-producing offenders, and without female plants to absorb pollen, allergenic pollen counts are on the rise nationwide. In SAFE SEX IN THE GARDEN, horticulturist Thomas Leo Ogren explores this safe sex issue (plant sex, that is!), as well as many other allergy-related topics: organic gardening, protecting pets against allergies, handling allergy-related stress, and global warming’s affect on allergies.

The very first example was about mulberry trees. My husband has complained about all the crap our fruiting mulberry can drop, so I made him read the first few paragraphs about how much pollen the male trees drop, and how badly it affects people’s allergies, and told him never to complain about our fruiting mulberry again.

Plant more females! Save your noses!

What Chiarscuro says.
The Broad View: The Age of Sphincter Failure

The men who imagined the Declaration of Independence and forged our Constitution and Bill of Rights were proudly liberal in the best sense of that word. They considered themselves, literally, enlightened and set out to make manifest the most revolutionary principles of their age.

Our nation today is scarcely worthy of such forebears. The Age of Reason has been overtaken by the Age of Sphincter Failure. The Enlightenment has ceded to the Apotheosis of the Ignoramus.

A friend writes to me that those of us who have been writing and speaking out against this administration and the Republican congress are finally having an effect “among thinking people.”

I replied that I can’t get very excited, even with the tenuous prospect of Democratic victory at the polls next month. Sadly, tragically, too many people are still not thinking. We have scarcely thought about anything except fear and revenge for a long, long time. Greed and indulgence occupy whatever remaining spare thoughts we can manage.

In this, we’ve been led by the Republicans and it didn’t start with the attacks on 9/11. It was happening through WWII and its aftermath of the Cold War. As a nation, we’ve been betraying the vision of the Founders since then, with every McCarthy, Nixon, Thurmond and Bush we’ve elected.

We’ve built up as impressive a history of bed-wetting, quivering fear over Japs, Commies, blacks, hippies and, now, “Islamofascists” and “libruls” as any primitive tribe cringing from comets or cowering under an eclipse.

We can trace the waves of rising fear throughout our history. We fought a Civil War to beat back the worst of our fears, those fed by racism, change and greed.

The fear-mongers of the authoritarian rightwing have been aided and abetted every step of the way by religious leaders more akin to carnival barkers — holy rollers from hell eager to build their congregations and coffers by offering up the “Other” to the pits of hellfire in every Sunday sermon.

All too often in our recent history, elected Democrats have been just as susceptible — both in their cringing behavior and their demagoguery. I can count on one hand, practically, the elected Democrats who have stood up to the Republican bullies and thugs in Congress.

People like John Kerry, Hillary Clinton and almost every big-name Democrat has gone along to get along. Every compromise of liberal and Democratic principles has diminished them and their party. Every act of cowardly self-preservation — “Please God, give me another term!” — has been a betrayal of our better selves.

But the Republicans can’t avoid the lion’s share of institutional blame. Since gaining control of Congress in 1994 they have set about stimulating and exploiting every ugly tendency of the American id.

With the installation of the Uber-Thugs Bush, Cheney and Rumsfeld in the White House and Pentagon, Republicans have accelerated our screaming dive into gibbering national insanity. The inmates truly are running the asylum.

They have turned whatever was left of the organs of American government into the spoils of a putrefying corpse up for auction to the highest bidder. They have scoured the Bill of Rights like an attic of rickety antiques, reducing our most sacred laws to a box of soiled rejects, pushed to the curb of a national yard-sale. 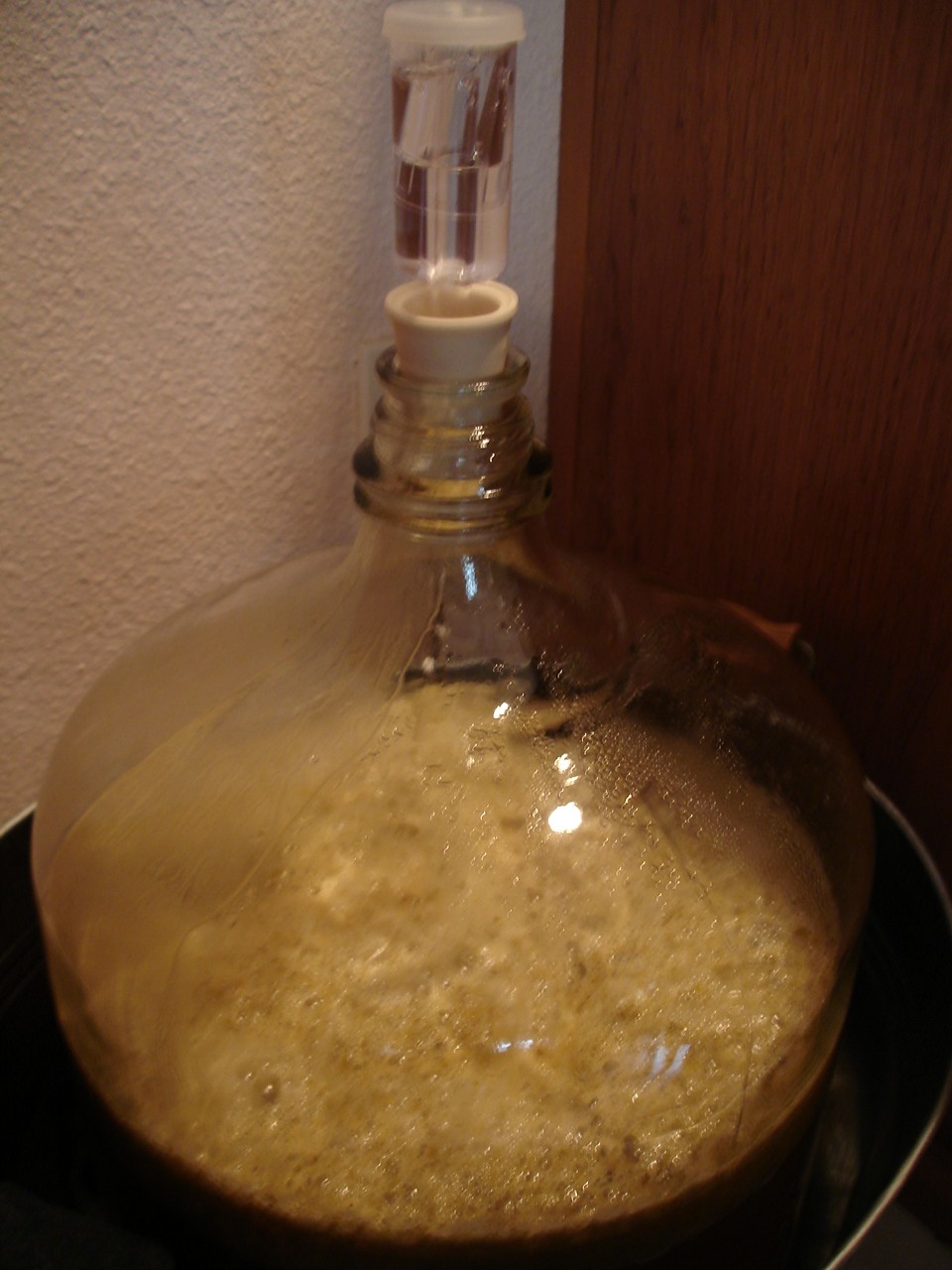 The next batch of red ale… almost done brewing! 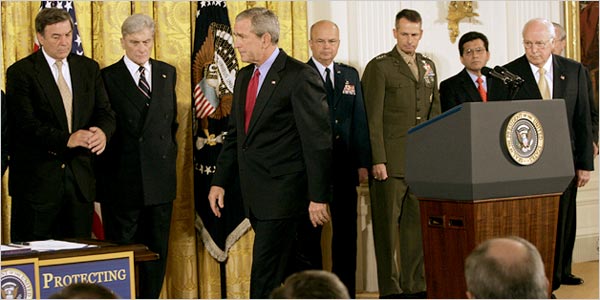 Some people say that revolution will descend
On this madness, end this confusion
But we’ve all heard the privileged boast and preach
And the promised land we want is still out of reach 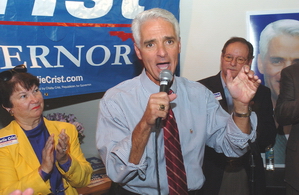 Well, okay, but just so you know —
IF YOU WERE GAY
THAT’D BE OKAY.
I MEAN ‘CAUSE, HEY,
I’D LIKE YOU ANYWAY.
BECAUSE YOU SEE,
IF IT WERE ME,
I WOULD FEEL FREE
TO SAY THAT I WAS GAY
(BUT I’M NOT GAY.)

Come out, come out. wherever you are, Charlie! 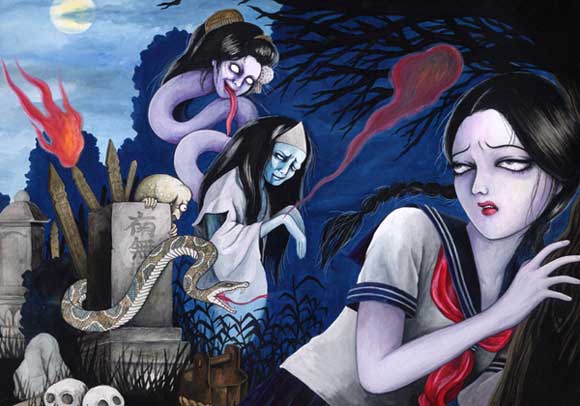 “Obake, the Japanese “ghost,” is exactly what its name suggests: o is an honorific prefix, while bake is a noun from bakeru, the verb meaning “undergo change.” Japanese ghosts, then, are essentially transformations. They are one sort of thing that mutates into another, one phenomenon that experiences shift and alteration, one meaning that becomes unstuck and twisted into something else. Obake undermine the certainties of life as we usually understand it.

Centuries ago in India, the Buddha taught that nothing in this world is stable, no form of existence is anything more than a wandering through flux. People may think they have a self, and may strive to build an ego, or worry about their personal consistencies or reputations, but these concerns are delusions. A “self” is an imaginary construct; and so, in a sense, “transformation” is actually the truest manifestation of being. Obake, the ultimate transformers, point up the folly of our human security in the unchanging status of things, and obliterate our proud sense of understanding the structure of the world.”
– Toriyama Sekien
Tim Screech, Mangajin Issue 40

We often feel strange when we are undergoing change or transformation. Perhaps the strangest I’ve ever felt was in that period of time when I had my breakdown, and literally felt disconnected from the world, as if I were a ghost observing the world around me. Everything seemed strange and different, as if I were seeing and hearing things others could not experience around me. I saw what they could see, and then also saw the “secret” messages I was seeing, and laughed at how little they could see.

We think the mentally disabled are less able than we are, but, in that brief time, I saw what they see, and it was more than I see day to day, more than I can now remember. In those “insane” moments of my life, brief as they were, I saw the illusion our lives really are. And laughed.

If there are ghosts and spirits, they laugh at us. No wonder we are afraid.

republican candidate for the us senate from new jersey, thomas kean junior, just released his tax returns for 2005.

here’s what republican candidate for the us senate from new jersey, thomas kean junior, said about taxes when asked about his personal income taxes:

here’s how much money the republican candidate for senate from new jersey, thomas kean junior, received as income in 2005 (we can’t say “earned” as income because he’s a trust fund baby): $202,488

here’s how much the republican candidate for senate from new jersey, thomas kean junior, paid in income tax for the year 2005: $8,146, an effective tax rate of 4%

junior kean thinks his tax burden is too high because he pays a whopping 4% on his $200,000 income.

he also voted against raising the state minimum wage when the bill came before the legislature.

“…it is proper you should understand what I deem the essential principles of our Government, and consequently those which ought to shape its Administration…. freedom of the person under the protection of the habeas corpus, and trial by juries impartially selected…” — Thomas Jefferson: First Inaugural Address

Once President Bush signed the new law on military tribunals, administration officials and Republican leaders in Congress wasted no time giving Americans a taste of the new order created by this unconstitutional act.

Within hours, Justice Department lawyers notified the federal courts that they no longer had the authority to hear pending lawsuits filed by attorneys on behalf of inmates of the penal camp at Guantánamo Bay. They cited passages in the bill that suspend the fundamental principle of habeas corpus, making Mr. Bush the first president since the Civil War to take that undemocratic step….

The legislation signed by President Bush providing for trial of suspected terrorists by special military tribunals should be challenged in court, and the sooner the better.

Congress passed the Military Commissions Act of 2006 law in a fit of pre-election cowardice, three months after the U.S. Supreme Court found that the administration was violating protections in U.S. and international law. The new law gives the president broad powers to “interpret the meaning and application” of international standards for prisoner treatment.

That’s bad enough, but the new law also allows the indefinite detention of scores of detainees. It allows hearsay evidence during trial and prohibits detainees from having their cases reviewed in a U.S. court, a fundamental protection of U.S. law.

Keith Olbermann, MSNBC: ‘Beginning of the end of America’: Olbermann addresses the Military Commissions Act in a special comment. Transcript and video at MSNBC (one page transcript) . Mirrored, with other video choices, at Crook and Liars.

…And if you somehow think Habeas Corpus has not been suspended for American citizens but only for everybody else, ask yourself this: If you are pulled off the street tomorrow, and they call you an alien or an undocumented immigrant or an “unlawful enemy combatant” — exactly how are you going to convince them to give you a court hearing to prove you are not? Do you think this Attorney General is going to help you?…

Yes, anyone can not be “disappeared” at the pleasure of the President. This abrogation of the most basic right to challenge the legality of your detention is unconstitutional. The Supreme Court must overturn it.

How did America come to this point, where we watch a most basic human freedom be dismantled by something innocuously called a Military Commissions Act? The terrorists did not do this to us. Our own President has done this, with the acquiescence of a Congress that does not challenge him:

Americans have a chance to change this Congress at the polls Nov. 7.