Yeah, I’m about ready to go for that…. it seems to do as much good as anything else these days. 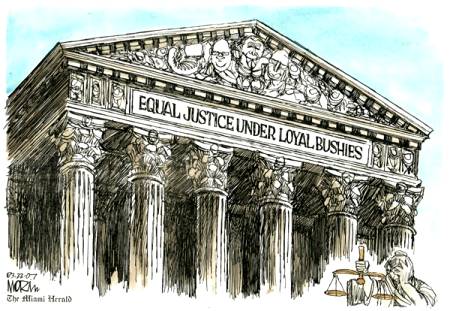 So when the hell has Bush ever had “quality advice”? What in the world makes him think there’s been any “quality” to any of the last six years of this administration?

Please. Fire Gonzales, fire Rove, fire the lot of them, Bush, and then, fire yourself and Cheney already and let’s be done with the entire debacle of your idiocy.

President Bush kept making the point over and over that allowing his staff members (i.e. Karl Rove) to testify under oath would hamper his ability to “get quality advice”…

In the fine words of Tony Snow:

“Most of us want no part of a president who is cynical enough to use the majesty of his office to evade the one thing he is sworn to uphold: the rule of law.”

Oh, yeah, that only applied to Clinton, huh? 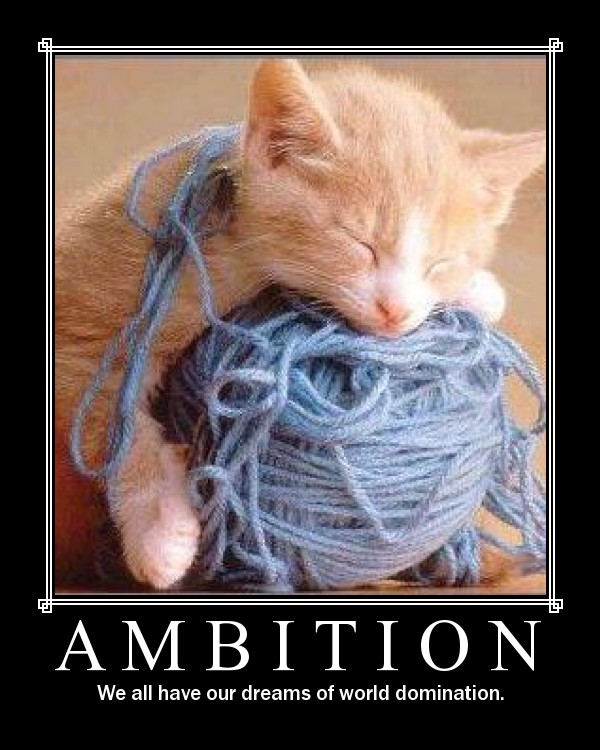 Via Kittens of Darkness 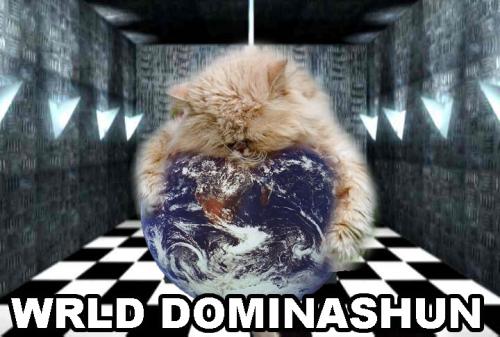 I have this problem with ambition; lately I don’t have any. It’s not that I have renounced my desires, but I have started believing in letting things take their course.

I used to have a cartoon posted on my fridge of kittens in a board meeting, with the caption, “Well, what will it be, take over the world or nap?” Of course the kittens vote to nap. I guess that is how I feel about ambition these days.

“To be happy at home is the ultimate result of all ambition; the end to which every enterprise and labor tends, and of which every desire prompts the prosecution.” — Samuel Johnson

“My sole literary ambition is to write one good novel, then retire to my hut in the desert, assume the lotus position, compose my mind and senses, and sink into meditation, contemplating my novel.” –Edward Abbey

“Most people would succeed in small things if they were not troubled with great ambitions.” — Henry Wadsworth Longfellow

Think Progress » Was Carol Lam Targeting The White House Prior To Her Firing?

Referring to the Bush administration’s purge of former San Diego-based U.S. attorney Carol Lam, Sen. Arlen Specter (R-PA) questioned recently on the Senate floor whether she was let go because she was “about to investigate other people who were politically powerful.”

The media reports this morning that among Lam’s politically powerful targets were former CIA official Kyle “Dusty” Foggo and then-House Appropriations Committee Chairman Jerry Lewis (R-CA). But there is evidence to believe that the White House may also have been on Lam’s target list. Here are the connections:

– Wade’s company MZM Inc. received its first federal contract from the White House. The contract, which ran from July 15 to August 15, 2002, stipulated that Wade be paid $140,000 to “provide office furniture and computers for Vice President Dick Cheney.”

– Two weeks later, on August 30, 2002, Wade purchased a yacht for $140,000 for Duke Cunningham. The boat’s name was later changed to the “Duke-Stir.” Said one party to the sale: “I knew then that somebody was going to go to jail for that…Duke looked at the boat, and Wade bought it — all in one day. Then they got on the boat and floated away.”

– According to Cunningham’s sentencing memorandum, the purchase price of the boat had been negotiated through a third-party earlier that summer, around the same time the White House contract was signed.

To recap, the White House awarded a one-month, $140,000 contract to an individual who never held a federal contract. Two weeks after he got paid, that same contractor used a cashier’s check for exactly that amount to buy a boat for a now-imprisoned congressman at a price that the congressman had pre-negotiated.

That should raise questions about the White House’s involvement.

The ancient followers of the Tao
were subtle, mysterious, and penetrating.
They were too deep to be fathomed.
All we can do is describe their appearance.
Hesitant, as if crossing a winter stream.
Watchful, as if aware of neighbors on all sides.
Respectful, like a visiting guest.
Yielding, like ice beginning to melt.
Simple, like an uncarved block.
Open, like a valley.
Obscure, like muddy water.

Who else can be still and let the muddy water
slowly become clear?
Who else can remain at rest and slowly come to life?

Those who hold fast to the Tao
do not try to fill themselves to the brim.
Because they do not try to be full
they can be worn out and yet ever new.

Everything is already OK. The notion strikes us as radical, and it surely is. What it means is that in our essential nature we are already fully awake and enlightened; it means that God is available to us fully in the moment, simply because God is our true nature. We simply have to stop resisting it. There is no distance to travel, nothing special that we have to do to “earn” God. It’s a “done deal”. — Stephen Cope 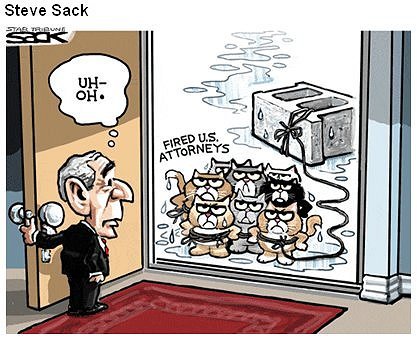 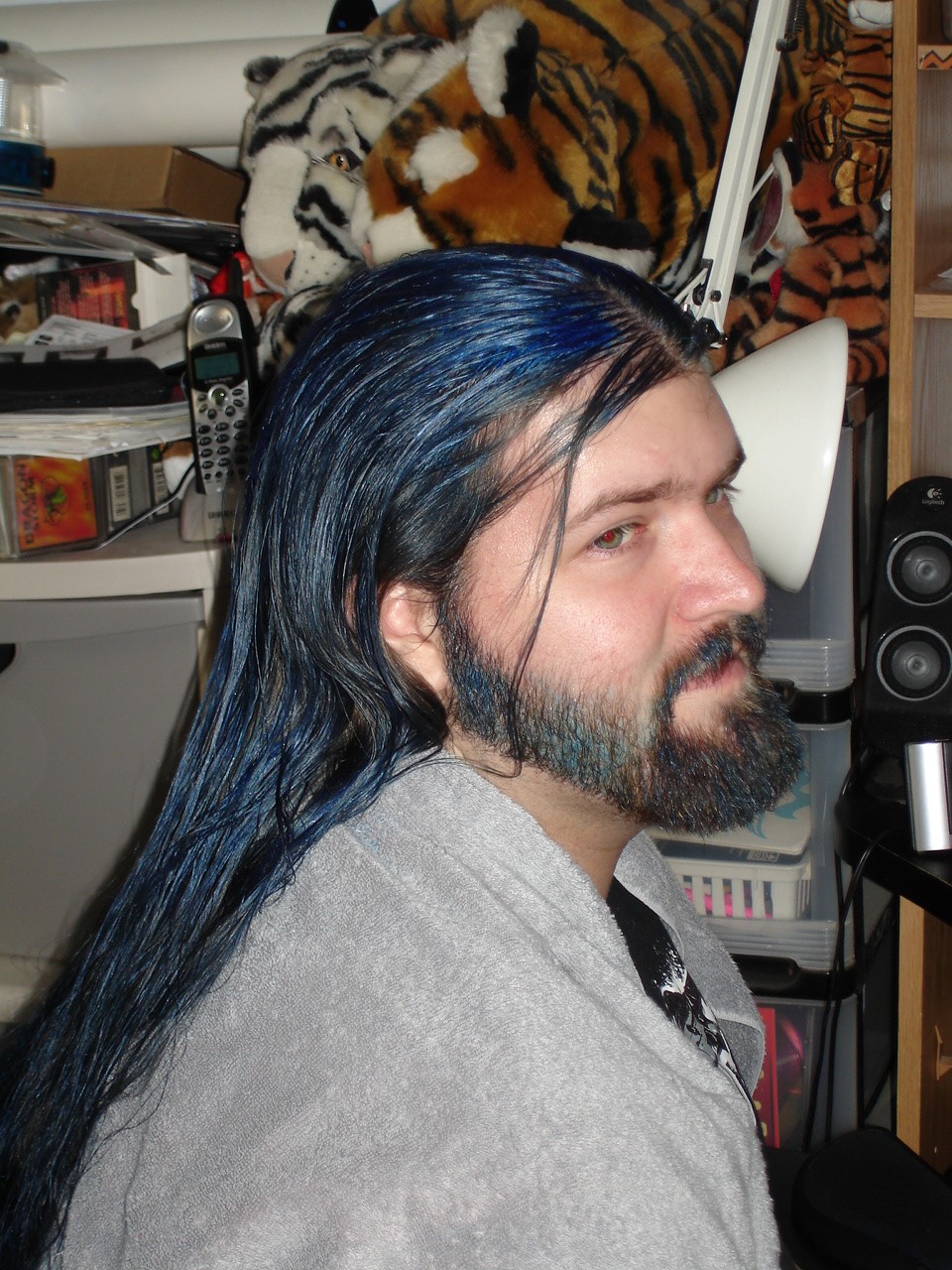 Sorry for the lack of postings. Been deep in Svadhyaya this week…

In a way, the fourth niyama could be considered a hologram, a microcosm containing the whole of yoga. One day this winter in a beginner class a first-time student asked, “By the way, what is yoga?” A thousand thoughts flooded my mind; how could I answer truthfully and succinctly? Fortunately, an answer came spontaneously from my heart: “Yoga is the study of the Self.”

This is the literal translation of “svadhyaya,” whose meaning is derived from “sva,” or Self (soul, atman, or higher self); “dhy,” related to the word “dhyana” which means meditation; and “ya,” a suffix that invokes an active quality. Taken as a whole, svadhyaya means “actively meditating on or studying the nature of the Self.”

I like to think of this niyama as “remembering to be aware of the true nature of the Self.” Svadhyaya is a deep acknowledgment of the oneness of the Self with all that is. When we practice svadhyaya, we begin to dissolve the illusory separation we often feel from our deeper self, from those around us, and from our world. — Judith Lasater 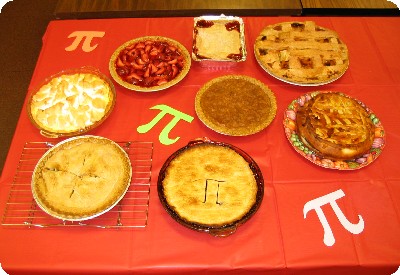 March 14 happens to be Albert Einstein’s birthday, among others, and it is common to sing “Happy birthday Dear Albert”. Massachusetts Institute of Technology often mails out its acceptance letters to be delivered to prospective students on Pi Day.[1] 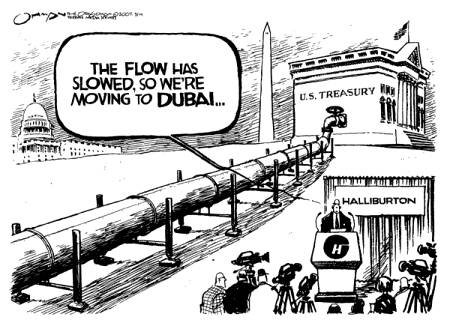 Or are they going to keep ripping us off?

“Halliburton is opening its corporate headquarters in Dubai while maintaining a corporate office in Houston,” spokeswoman Cathy Mann said in an e-mail to The Associated Press. “The chairman, president and CEO will office from and be based in Dubai to run the company from the UAE.”

Lesar, speaking at an energy conference in nearby Bahrain, said he will relocate to Dubai from Texas to oversee Halliburton’s intensified focus on business in the Mideast and energy-hungry Asia, home to some of the world’s most important oil and gas markets.

“As the CEO, I’m responsible for the global business of Halliburton in both hemispheres and I will continue to spend quite a bit of time in an airplane as I remain attentive to our customers, shareholders and employees around the world,” Lesar said. “Yes, I will spend the majority of my time in Dubai.”