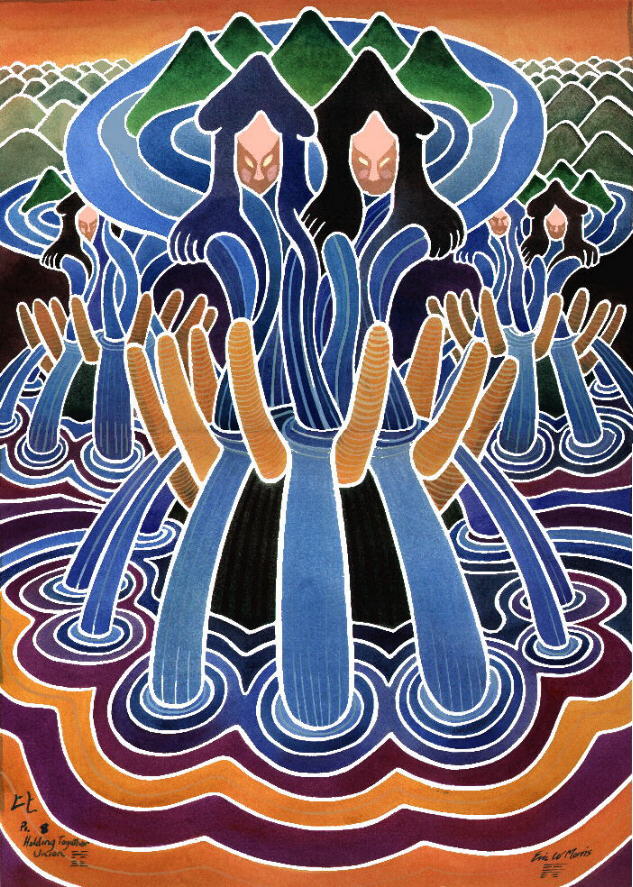 Unless you are pious,
You cannot gain a foothold in Tao.
Unless you go beyond rules,
You haven’t gained the middle.
Unless you can be creative,
You aren’t traversing Tao.
Unless the road always stretches out before you,
You are not walking the true Tao.

When people start on a spiritual path, they are anxious to learn all the rules. This is understandable, even necessary. Often we need stern measures to set ourselves right.

But dogmatism is not spirituality. Sometimes, it is necessary to break rules. The task is to know how to go against doctrine in a way that actually fulfills the spirit of that doctrine. It is only at this point that one matures as a follower of Tao.

The next stage is complete creativity. You have so internalized doctrine that you need not think of it, yet everything you do will be spontaneously correct. There are many stages after that, stages not documented but there for you to explore on your own.

Those who follow Tao recognize that all people go through stages of development. Many people leave their spiritual communities when they outgrow them. The path of Tao has been conceived so that one never outgrows it. One can outgrow a particular stage, but when that happens, there is another one to be entered. In this way, following Tao is always vital.

“Every philosophy is the philosophy of some stage of life.”
— Friedrich Nietzsche

“All the world’s a stage, And all the men and women merely players; They have their exits and their entrances; And one man in his time plays many parts, His acts being seven ages” — William Shakespeare

“If life is just a stage, then we are all running around ad-libbing, with absolutely no clue what the plot is. Maybe that’s why we don’t know whether it’s a comedy or tragedy.” — Bill Watterson

“We come fresh to the different stages of life, and in each of them we are quite inexperienced, no matter how old we are” — François de la Rochefoucauld

“Old age, believe me, is a good and pleasant thing. It is true you are gently shouldered off the stage, but then you are given such a comfortable front stall as spectator.”
— Confucius

“We see that the apparent contradictions and perplexities in every religion mark but different stages of growth. The end of all religions is the realizing of God in the soul . That is the one universal religion.”
— Swami Vivekananda

“Although we human beings have our own personal life, we are yet in large measure the representatives, the victims and promoters of a collective spirit whose years are counted in centuries. We can well think all our lives long that we are following our own noses, and may never discover that we are, for the most part, supernumeraries on the stage of the world theatre.” — Carl Gustav Jung

A man is born gentle and weak.
At his death he is hard and stiff.
Green plants are tender and filled with sap.
At their death they are withered and dry.
Therefore the stiff and unbending is the disciple of death.
The gentle and yielding is the disciple of life.
Thus an army without flexibility never wins a battle.
A tree that is unbending is easily broken.
The hard and strong will fall.
The soft and weak will overcome.

I’ve never been one to enjoy dogma. I really like karma, though. People who are dogmatic and unyielding are not usually of interest to me, no matter what stage of life I was in.

I think I pretty much always questioned religious teachings. As a young child I sort of believed them, but I think once I got beyond a certain age religion and God became like Santa Claus to me – I might still pretend there is a Santa that exists independently of me and other people too, but I know where the presents come from.

My mom’s faith was always very strong, and in many ways, it turned me off. I would see her turn things over to religion that to me were things someone ought to be doing something about. As if God would come solve all her problems somehow, and she didn’t have to change how she acted. When my dad died, I saw some differences in how she handled things, but that period passed all too briefly, and by the end, she was once again just letting things slide on by her – including her health, her home, and my sister and nephew’s problems. My nephew and my sister became so dependent on her that it was difficult to get them to start handling their own lives when she died.

I know religion is a great help and comfort to many, even most, people. It is difficult to walk an independent path, and for that reason, Tao is not for everyone. But the path you can find with Tao, while it can be lonely, brings a real peace and trust in the real world that other spiritual paths may not. It’s fine to follow rules if they work for you and make sense to you, and don’t interfere with other people’s lives. But to demand that others must follow your path is not spiritual, and to demand that your own life be ruled by dogma that harms you or makes you uncomfortable is not spiritual either. I find many, many people who have religion, but no spirit. I much prefer those who live the other way around.