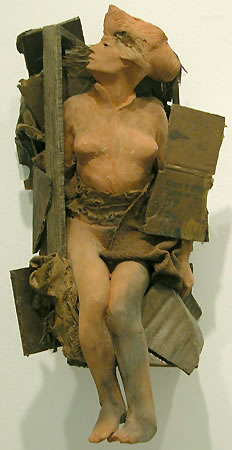 There is some kind of twisted expectation we have now, that everybody who needs help deserves their fate in some way. That misfortune is beneficial, even, character-building. There are people who’ll talk about the lessons of poverty, the proud “I didn’t need a handout, and I’m just fine,” the kinds of things you never hear from anybody until after they’re not poor anymore. It’s easy to make something a pretty story when you’ve got some distance, money in the bank, a canapé in your hand.

I think it’s a defense mechanism, the thought that the homeless, the hopeless, the poor, are that way because they want to be. Because if it’s not about making choices, well, then it could happen to people who do everything right, who have jobs and insurance and a home and a car and are doing just fine. If it’s about people “wanting” to be homeless (which, can I just say, has never been the dream of any child growing up that I’ve ever known) then we don’t have to be scared, because we don’t want to be homeless, and the universe isn’t that random, and it’s going to be fine. A cascade of circumstances — mental illness, economic downturn, addiction, divorce, sickness, death — that leads to you being on the street talking to yourself and scruffing up the park for the suburbanites couldn’t ever, ever happen to you. Blaming the victim is a time-honored way of making ourselves feel safer.

Another city addresses its problem with homelessness. In Orlando, you now need a special permit to serve meals to large groups of people in public places. And charitable organizations that feed the homeless won’t be among those to whom the permits are issued. This has the makings of a trend and it seems to be catching on fast.

You know what’s funny? Not funny in a ha-ha way. More like funny in a grotesque way. Conservatives argued against welfare and all the things that might help to keep these people housed for like thirty years. They argued that it was fine to help people in need and sure, everyone should lend a hand to those less fortunate, but we shouldn’t be forced. It should be voluntary, unlike funds to, oh, wage elective wars, for instance. But, so say the small government conservatives, feeding the hungry should be the job of private charities, not the government. As it turns out, what they meant to say was that charities could feed the hungry and homeless, but only if they could do it somewhere that they don’t…you know…show.

I think this is a huge problem with America today. We are so separated from each other as a society, with our gated communities and squeaky clean suburbs. People don’t see the homeless as one step removed from themselves. I have a mentally disabled sister and nephew. The nephew lived with my mother until she passed away two years ago, and has had a huge adjustment to living on his own. He’s been kicked out of several apartments now, and last I heard from him, was staying with a friend. He is one step away from homelessness and has spent a couple nights on the streets.

But everyone wants to think these things can’t happen to them. They think the homeless shoulld just get a job, or something. My nephew can’t hold a job, he lives on a limited income from his trust and social security.

It doesn’t take much to end up homeless. Lose a job, get sick, become mentally disabled, lack insurance, and there you are. A lot more kids than you think are growing up homeless in this country, through no fault of their own. The attitude that we are not responsible for these people, that we don’t need to help them, is bad enough. But to tell others they can’t help them, can’t provide them food?

Sure, it’s nice to have parks to enjoy without the homeless there to distract you from your pleasure. But it’s nicer to live in a society where you can have your kids see someone feeding those homeless people and say, “See, honey? It’s good to care for other people.”

Unless you really want your kids to be as selfish as you are.