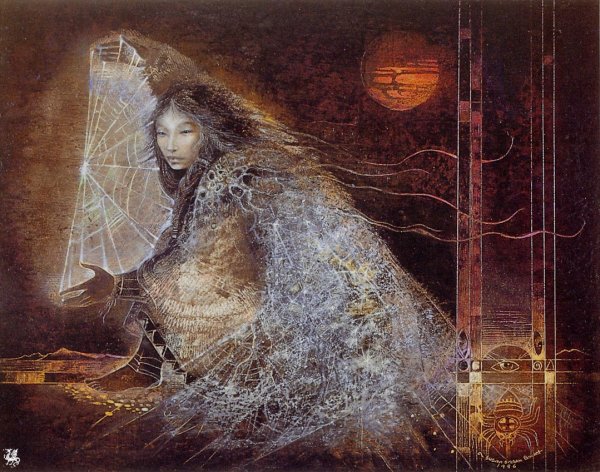 A warrior takes everyone as a potential adversary. He assesses each person that he meets for their strengths and weaknesses, and he places himself strategically. No confrontation is ever a surprise. Protection, competition, honor, and righteousness are his principles.

He is the weapon. Therefore, a warrior trains body and mind to perfection. He knows that the average person has hundred of points where death can enter. For himself, he seeks to eliminate as many of his own vulnerabilities as possible. In combat, he defends one or two points, and the rest of his attention is devoted to strategy and offense. Yet no warrior can eliminate all vulnerable points. Even for a champion, there is always at least one. Only the way of the sage eliminates all weaknesses.

It is said that the sage has no points for death to enter. This makes the sage, who is perfect in Tao, superior to the warrior, who is merely skilled in Tao. The warrior accepts death, but does not go beyond it. The sage goes beyond concepts of protection, competition, honor, and righteousness, and has no fear of death. The sage knows that nothing dies, that life is mere illusion: Life is but one dream flowing into another.

Most of us train in our lives as warriors. We think of life as a competition, and we set out to “win” things for ourselves. But the reality is that life is as much about cooperation as competition, and many of us don’t really know how to cooperate to produce the most common good, or even to get the things we really want from life. If we could just take them from someone else, it would be so much easier, it seems.

Perhaps what the sage understands is that there isn’t really that much of a need to compete, since there is so little that one actually needs in life, and if you have controlled your ego, there is little that you want, either. You learn to be satisfied with life itself, and draw your pleasure and happiness from the deep connection to life as a whole that you maintain. So life becomes more an experience of cooperation with the world around you, with others, rather than one of competition.

Don’t be fooled by the sage, though – they still know how to kick your ass if it’s necessary.